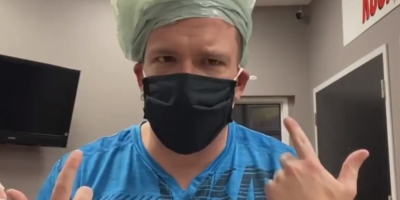 So, it’s been a struggle to get the hair just right. I’m not a hair-dyeing guy, but when your 8 year old asks you to do it with her, you do it! So that resulted in bleach-blonde hair that was more yellow than anything, and at the time, I thought it looked fine. But since SHE wanted pink in her hair eventually, Mommy taught me the wonders of toner. So I saw what GOOD blonde hair looks like and tried toner for myself, and voila, an improvement! 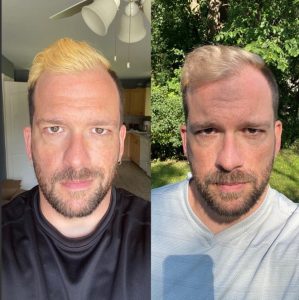 However, roots grow in quick as I soon found out, plus the paleness faded just as quick, so I was back to yellow in no time. But now that I’ve had a taste of toner, I wondered if I could go platinum or white and be really “cool”…in my kid’s eyes. So, after a couple weeks, I had a super secret tv wrestling project I had to go up north to film and obviously, needed an improvement in the hair department…so we bleached again and toned again, trying to get that white look…and failed. Although, it looked okay for a sleazy, hipster, bad guy wrestling character, right? 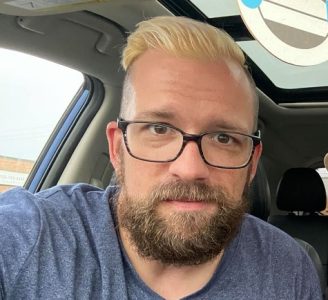 So, it still wasn’t white…it still had yellow in it…and the Rock 95 Birthday Bash is here & the roots have started to grow in again. So, do I try for a third time and go for the look I want or do I let sleeping dogs lie and not risk it? You probably heard that I tried to tone it again and ended up tinting my hair purple from leaving it in too long. So, against my better judgment, I decided to go for it again, only this time, bring in the help of my Kool friend Amy, who’s much more experienced at this sort of thing!

Voila! Check out the final results in the video & know that I have a new appreciation for anyone who regularly upkeeps their hair why colouring and toning. I will NEVER do this again! See you at the Bash tonight!!!