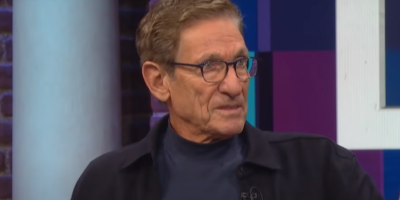 Maury Povich has been a daytime TV staple for the past three decades. He’s filmed almost 4,000 episodes since the show debuted in 1991.

81-year-old Maury is finally ready to retire. In a statement he said:

“Six years ago when I was ready to retire, my NBCUniversal family asked me to continue the show. Even though I told them I was ready for assisted living, out of loyalty to NBCUniversal and my more than 100 staff and crew members, Tracie Wilson and I agreed to one more deal. I’m so proud of my relationship with NBCUniversal and all those who worked on the Maury show, but as I occasionally tell my guests: ‘Enough, already!'”

Here’s a reminder of just how good staying home sick from school was: