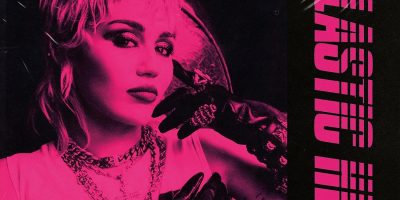 Miley Cyrus released her first rock album on Friday, called Plastic Hearts and it features rock icons Joan Jett and Billy Idol. She collaborates with Joan Jett on ‘Bad Karma’ and you can hear her with Billy Idol on ‘Night Crawling.’

She’s been friends with both of them for years. Producer Mark Ronson had told her: “This is the most Miley record of all time.” Miley said: “I thought, ‘There’s only one person who could own this record more than me – it’s Joan Jett.’ Because that’s who instilled that mentality into me.”

As for Billy Idol, this is how it went down: “I think the first thing I ever did for Billy was like 2013; I actually think that’s just when I’d just dyed my hair platinum and just shaved my head – I had short little spiky hair, and I looked like Billy Idol,” she said. “I really used him as the inspiration for the transformation that I had.” She also said that his music had played a role as well: “The way that he kinda married like rebellion, but also his music had like incredible hooks – he showed me that I could have balance, that I could make music that I and other people could love.”

Check out the two collaborations below: