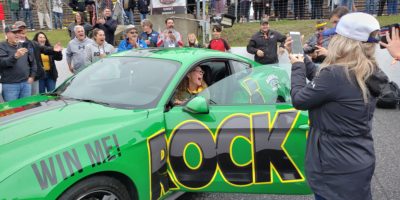 The Ontario Mustang Club all Ford Show and Shine was the backdrop to the Keys to the Mustang Grand Prize giveaway Sunday afternoon at Sunset Speedway in Innisfil.

95 lucky “key” winners gathered at the event to take in the show, have a BBQ hot dog or hamburger with hopes of driving home the brand new 2019 Ford Mustang ROCK 95 was giving away from Barrie Ford. 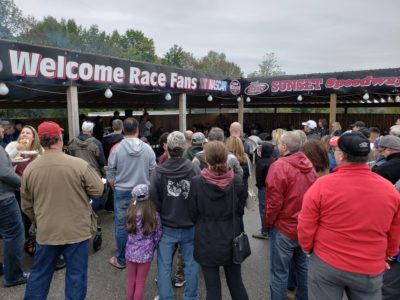 The first stage of the giveaway was a reverse-draw meaning if your name was called out from the draw, you were eliminated from winning the Mustang, however your name was then entered into a draw to win a pair of laminates to ROCK 95’s 31st Birthday Bash.  The elimination draw continued until there were just 5 names left in the draw.  Those 5 lucky ROCK 95 listeners were then escorted down onto the track where the Ford Mustang was waiting.  Each of the 5 contestants received a key “fob”, one of which was programmed to start the Mustang.  The person holding the key fob that started the Mustang was going to be the Grand Prize winner.  Each had a one in five chance at being the new owner of the 2019 Ford Mustang.  The tension was building as each of the contestants tried to start the car with their fob. After the first three contestants had tried their keys without any luck of the car turning over, Kate Bricknell stepped up who now had a one in two chance of her key starting the car, and when she gave it a try, the Mustang fired up!

Congrats to Kate Bricknell our Grand Prize Winner of the 2019 Ford Mustang from Barrie Ford.  Thanks to everyone who was been showing their ROCK 95 Winsticker to get entered, and make sure to keep your Winsticker on your vehicle for even more chances to win great prizes throughout the year! 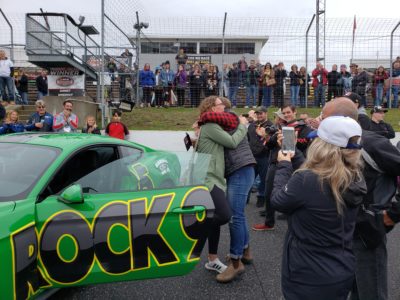