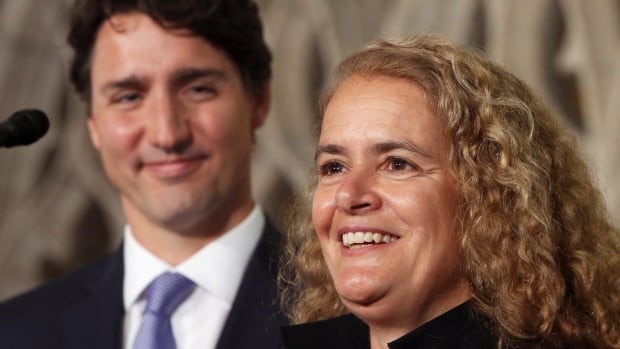 Canada’s new Governor General Julie Payette has quite a resume.  The former Canadian astronaut who’s been to space twice as an astronaut, is also an engineer, a pilot,  she was the Chief Operating Officer of the Montreal Science Centre, she’s an accomplished piano player and singer, and by the way she also speaks six languages fluently.

The new 29th Governor General of Canada will be surrounded by family, friends, dignitaries, fellow astronauts and past and present politicians for the swearing-in ceremony to be held in Ottawa around 11:00 this morning.  Payette will be accompanied by Heritage Minister Mélanie Joly and greeted by Prime Minister Justin Trudeau, Senate Speaker George Furey, House Speaker Geoff Regan and Indigenous elders.

The Governor General’s position is for an unfixed period of time, but generally lasts around 5 years.  Julie Payette becomes the fourth woman to hold the title.