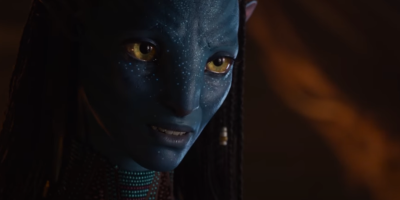 James Cameron doesn’t want to hear people complaining about how long Avatar: The Way of Water is. The movie reportedly has a three hour run time and he says just “get up and go pee”.

He went on to say to Empire that he doesn’t want to hear any complaining from people who sit and binge-watch TV for eight plus hours. “I’ve watched my kids sit and do five one-hour episodes in a row. Here’s the big social paradigm shift that has to happen: It’s OK to get up and go pee.”

The original Avatar had a run-time of 160 minutes. The movie had groundbreaking visual effects and became the highest-grossing film of all time, earning nine Academy Award nomination.

There are a lot of haters who criticize the dialogue and storyline of the first movie and Cameron is shutting them down too.

“The trolls will have it that nobody [cares] and they can’t remember the characters’ names or one damn thing that happened in the movie. Then they see the movie again and go, ‘Oh, OK, excuse me, let me just shut up now.’ So I’m not worried about that.”

Avatar: The Way of Water is out December 16th.