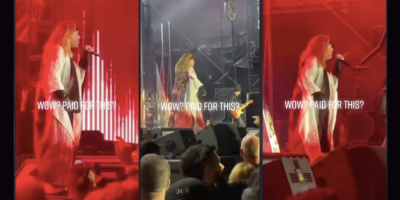 A lot of hype around this Motley Crue tour but looks like the wheels are falling off a bit. The Tommy Lee drama involved his four broken ribs which led to Lee not drumming at all –then to performing a few songs at the end of the set –and back to playing full sets but getting exposed for backing tracks while he played none of which seem to be what fans want.

However, Tommy Lee is the least of fan’s worries because Vince Neil looks like he is one-upping his bandmate.

Vince Neil has a reputation and is not necessarily known for putting on a killer live show. He’s walked off stage stranding his other musicians out there, he’s no-showed, he’s sounded like crap…he’s a bit of a mess. Well in 2022, here we are and has Vince got his act together? Have a listen to a recent show they put on and judge for yourself.

They are coming to Toronto this month, and it looks like the odds of seeing a trainwreck are higher than seeing a triumph.