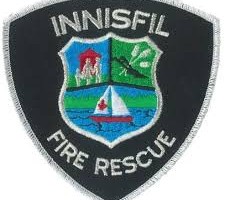 January 22nd – While an exact cause has not been determined, fire services has narrowed it down to two faulty appliances in the home’s basement.

January 21st – Thanks to a working smoke alarm there were no injuries following house fire in Churchill last night. Innisfil Deputy Fire Chief Tom Raeburn says crews responded to the home on Gimby Crescent around 6:30 last night to reports of heavy smoke. Over 30 members from 3 different stations had the fire out a few hours later. The lone occupant in the home was able to escape on their own. Investigators are on scene trying to determine a cause. Damage is estimated around $500 thousand.