The official trailer for #TheBeatlesGetBack is here! The Disney+ original docuseries, directed by Peter Jackson, will be arriving on Disney+ just in time for the Thanksgiving holiday. Made entirely from never-before-seen, restored footage, it provides the most intimate and honest glimpse into the creative process and relationship between John, Paul, George, and Ringo ever filmed. Be sure to check them both out, and don’t forget to watch “The Beatles: Get Back” when it rolls out over three days, November 25, 26, and 27, 2021, exclusively on Disney+.

This will certainly be a series to watch, over 57 plus hours of footage Peter Jackson combed through and just by watching this trailer, it looks like the restoration process worked out quite well. A lot of The Beatles fans I know were not actually around when The Beatles were making records, they were late to the party and discovered them in their teens years in the 80s or 90s or even early 2000s. For the many fans that discovered The Beatles music later in life, this docuseries is going to provide the footage we’ve lacked from the band. For the fans that were around during The Beatles reign, you’ll love this too. 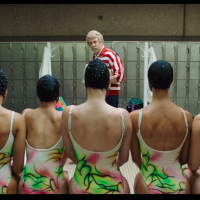