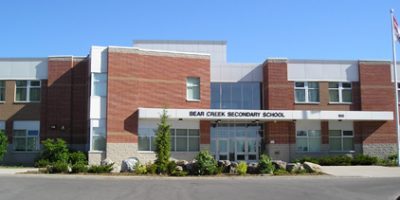 Officials from the Simcoe County District school board confirmed today that a former teacher at Bear Creek Secondary School in Barrie, will be attending a disciplinary hearing to decide whether or not allegations of professional misconduct are true. Its alleged that the now retired teacher, sexually pursued a female student during his time at Bear Creek (between 2009 and 2014), where he participated in text messaging and emailing with the student, and even visited her at her home. Communications with the student included messages saying “I love you”, discussing masturbation in detail, and suggesting that the student engage in sexual activity with him and his wife. Other allegations include that he gifted the student a sex toy. Officials from the Simcoe County District school board confirmed today that he is no longer employed by the board. The former educator will be on trial at the an Ontario College of Teachers hearing, to face those charges of professional misconduct, on July 12th in Toronto.