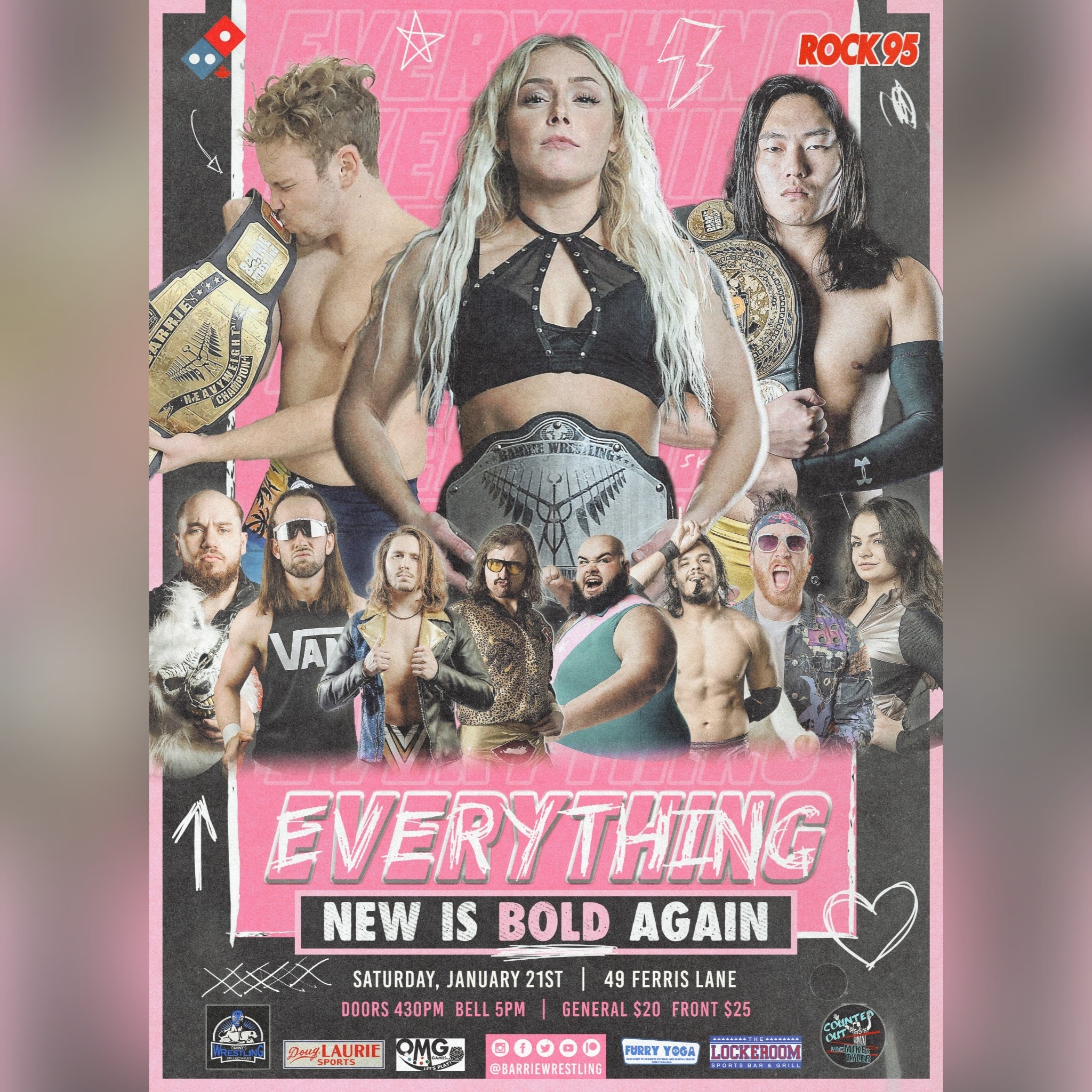 Barrie Wrestling kicks off 2023 with another stacked card!

New Barrie Wrestling Champion Kyle Boone, with manage Shilo in his corner, will take on The Hotstepper in his first title defense.

New 400 North Tag Team Champions Puf and Pretty Ricky begin their reign against a yet to be announced team.

Grudge match action will see the dastardly duo of John Atlas and Clay Wilson face off against Mark Wheeler and Jessie V.

And stay tuned for an announcement of participants in the ROCK 95 Rockin’ Rumble!

Tickets available now at OMG Games and Doug Laurie Sports and Auctions or by contacting Barrie Wrestling on their social media or email at barriewrestling@gmail.com