Sir Elton John took to social media to calm the fears of his fans after The Daily Mail said he would be retiring after next year. He posted a picture of himself  from the 1960s with long-time collaborator Bernie Taupin along with the caption: “Don’t believe what you read in the papers today. There is no truth to the rumours that I am planning to retire. In fact, I am looking forward to celebrating 50 years of collaborating with my partner-in-song, Bernie Taupin, next year.” 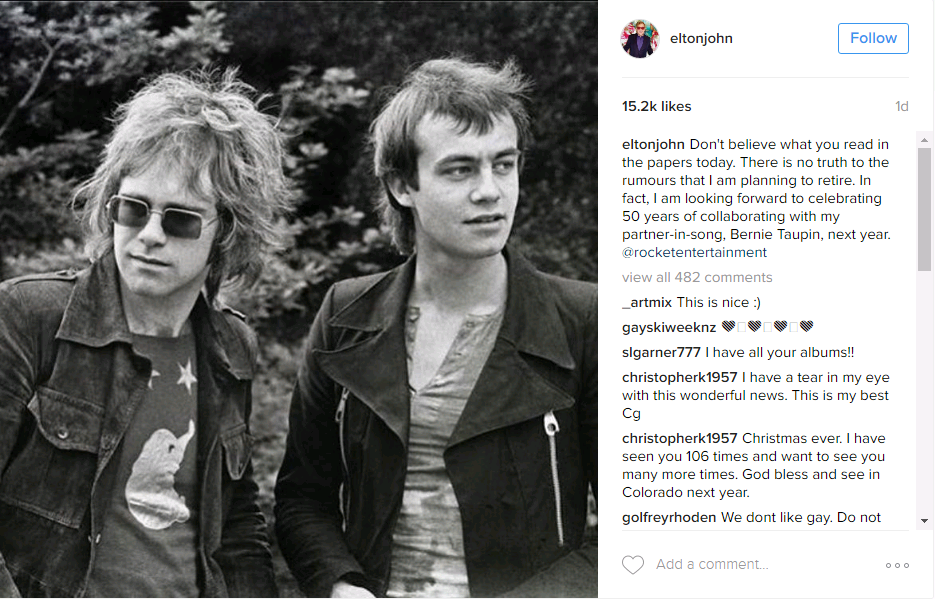 Rumours of his retirement have been swirling after he said he wanted to spend more time with his family on The Graham Norton Show back in February.