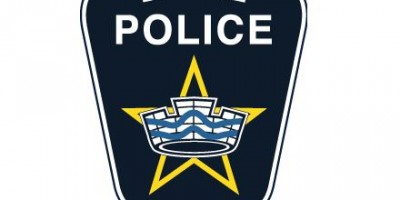 Aug 26 – Two of the suspects being sought in a dine n dash July 23 at The Locker Room in Barrie have been identified, arrested and charged with Fraudulently Obtaining Food. Three others remain outstanding (police originally believed there were six suspects, the accused have advised there were just five). In addition, police say they pair arrested have returned to the locker Room to pay their outstanding bill.

Aug 18 –  To set the record straight, the waitress did cover the bill initially, which is standard practice in the service industry. The Locker Room’s manager offered to reimburse the waitress, but the mother-to-be declined her boss’ offer. The waitress has told our newsroom she wants to wait for the perpetrators to be caught before being reimbursed by them.

Aug 18 – Barrie Police have dug up surveillance photos of six people wanted in a dine-n-dash July 23 at the Locker Room on Cundles Road East. Four men and two women ran up a bill of $100, said they were going out for a cigarette, and bolted. The waitress, eight months pregnant, was left on the hook for the bill. The suspects are described as:

Anyone who can help identify these suspects should contact PC C Welten of the Barrie Police Service at 705-725-7025 ext. 2711 or email at cwelten@barriepolice.ca or call Crime Stoppers at 1-800-222-TIPS (8477) or leave an anonymous tip online at www.tipsubmit.com.