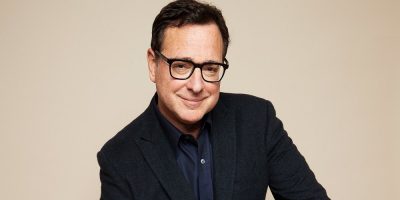 2022 seems to be kicking us while we’re down. on January 9, 2022 legendary comedian, tv host and tv dad Bob Saget has been found dead at the age of 65 at a hotel in Florida.

Bob Saget has a reputation for a raunchy style of stand-up comedy. But he was perhaps best known for his role as Danny Tanner in ABC’s “Full House” and Netflix’s “Fuller House.” He was also the host of ABCs incredibly popular “America’s Funniest Home Videos” from 1989 to 1997.

Saget was found dead in his hotel room at the Ritz-Carlton in Orlando, Florida on Sunday, police said.

“Earlier today, deputies were called to the Ritz-Carlton Orlando, Grande Lakes for a call about an unresponsive man in a hotel room,” the Orange County Sheriff’s Office tweeted Sunday. “The man was identified as Robert Saget & pronounced deceased on scene. Detectives found no signs of foul play or drug use in this case.”

The announcement has shocked fans.

He had been traveling the states on his “I Don’t Do Negative Tour,” and performed a two hour set the night before in Jacksonville, Florida.

“I loved tonight’s show in Jacksonville,” Saget wrote. “Very appreciative and fun audiences. I had no idea I did a two hour set tonight. I’m back in comedy like I was when I was 26. I guess I’m finding my new voice and loving every moment of it. A’ight, see you in two weeks “

“Goin’ everywhere until I get the special shot. And then probably keep going cause I’m addicted to this,” he added, signing off with “Peace out.

We will keep you updated as this story develops.