A new report is showing the severity of child poverty in Canada. Campaign 2000 broke down their report into federal ridings and it shows a very real problem.

For highest quintile rural ridings, 18.1% of households spend 30% or more of their income on rent.

The riding with the highest child poverty rate is the northern riding of Churchill–Keewatinook Aski, Manitoba where nearly (64.2%) of children live in poverty.

The ridings with the worst
child poverty rates are home to the highest proportions of Indigenous and racialized people, recent immigrants
and mostly mother-headed lone parent families.

The report was released Monday to highlight Canada’s poverty problem in the lead up to Canada’s first federal Poverty Reduction Strategy. 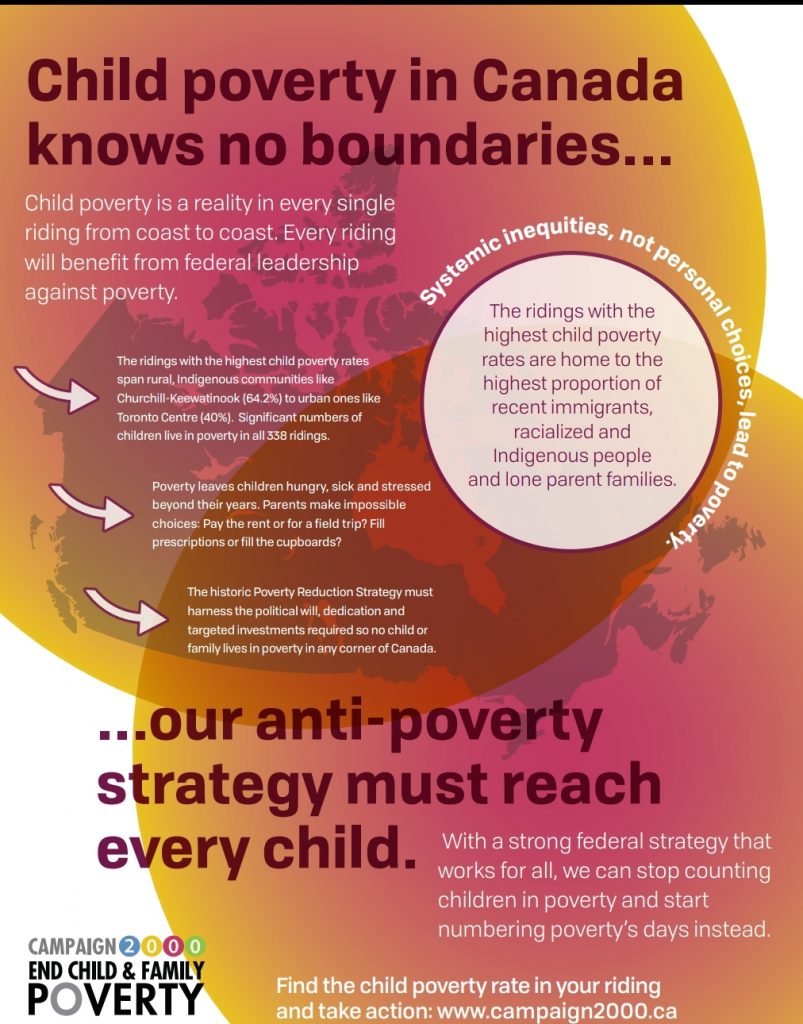 Its authors paint a portrait of inequality in Canada stating; “with high- and low-income families living in close proximity while divided by wide social and economic gaps that leave too many children hungry, sick and stressed beyond their years.”