“Due to COVID-19, we will be postponing Rock 95’s Breakout Sound Concert Party originally scheduled April 18th, then moved to July 11th, to a new date (hoping September 2020) to be announced once Ontario concert halls receive the green light to re-open!”

Overcrook is a local Barrie band who derives their sound from Classic heavy metal acts of the 70’s and 90’s, with their own against the grain style groove.

Uforia emerges from the deep inner urge to rock. More than just a hobby, creation and performance are intwined into the life’s work of Michael Ursini, Daniel Salij, Dylan Piercey, and Richie Nguyen. The art and work they put forth are genuine expressions of their innate creativity. They sincerely feel that they were born to make music, to perform, to raise the energy of the room, and inspire in the listener. While doing their best to embrace the new age and modern pop sensibilities, they refuse to surrender the hard-hitting, distorted, body rocking, mind-bending rumblings they came up with. From Rush and Floyd, to Incubus and Billy Talent, Uforia aims to continue the legacy of rock that has informed their creative styles.

And Special Guests The Four Pillars

The Four Pillars are Canada’s very own supergroup, made up of four premiere tributes to Seattle’s finest: NIRVANA (Nevermind), PEARL JAM (Hail Hail)
SOUNDGARDEN (Superunknown), ALICE IN CHAINS (Get Born Again). Based out of Toronto, Canada. Brought together out of a love for everything nineties.
Corwin Tompson (Lead Guitar/Vocals) fantasized about the concert of his dreams. What if the four pillars of Seattle had put on a concert together!? It never happened on its own, so together with Carmine Mallia (Drums), Aryn Powell (Lead Vocals/Guitar) and Daniel Poirier (Bass), they decided to bring it to life. They created four tribute bands, one for each of The Four Pillars, and put them altogether on a cross Canada tour—a dream team lineup and the only concert of its kind. 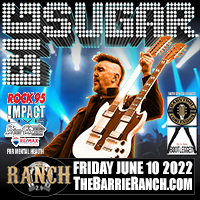 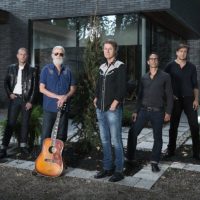