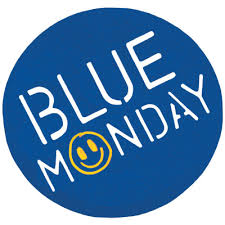 It’s the third Monday of January.  Christmas holidays are well behind us now, although the additional pounds we’ve added still remain.  The reality of the Christmas card bills are beginning to surface and we’re only at the half way mark of a cold, long, winter, not to mention it’s Monday.  The most depressing day of the year.  I’ts Blue Monday.

There’s numerous ways you can battle this winter depression however, like taking the day off, loading up with movies and a big bag of potato chips, although what would  really make this a great day would be for officials to make Blue Monday a national holiday.   Give everybody the day off with pay.

People would come back into work on the Tuesday morning reinvigorated and ready to tackle the rest of the winter, although in time, the Tuesday would then become known as the most depressing day of the year.  And the cycle continues.