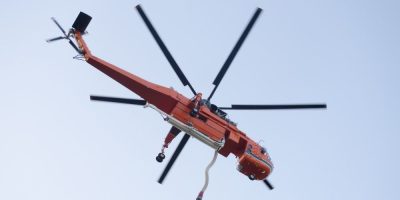 Some norther communities in Canada including Ontario and British Columbia are dealing with another overwhelming forest fire season. Crews from all over Canada and the world are flocking to these places hardest hit to try keep the flames from fully destroying homes of both humans and animals.

A 2018 video being credited to Canadian filmographer Mark Willams has been making some renewed laps around the internet that has many other helicopter pilots commending this Canadian pilot. The pilot in question comes up on a fire that is starting to eat a wooded area, and what we can really only relate to drifting in the air, this pilot is able to throw all the water he was carrying precisely on the fire and extinguishing it.

The manufacturer of these helicopters were so amazed by the skills of this pilot, they even shared it to their own Youtube Channel.