2016 mark’s Base Borden’s 100th anniversary of serving Canada as one of the country’s most important military installations and today it is Canada’s largest military training centre.

This weekend, that training will be on full display for the general public to take in featuring military ground displays, army vehicles, special displays and events going on throughout the base for young and old alike.  All of the bases various schools will be featuring displays about how they train and the equipment that’s involved.  Admission begins at 9am on both Saturday and Sunday and run rain or shine.

In the sky, the famous Base Borden air show returns for the weekend festivities.  It’s fitting, as Base Borden was the birthplace of Canada’s Air Force with the construction of the airfield in 1916.

Canada’s Snowbird’s will be there to perform. As will the Canadian Harvard Aerobatic Team along with many other amazing teams and individual featured aircraft flying over above the Base with the airshow beginning at 1pm both Saturday and Sunday.

Below is an overview of the airshow: 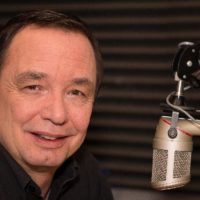