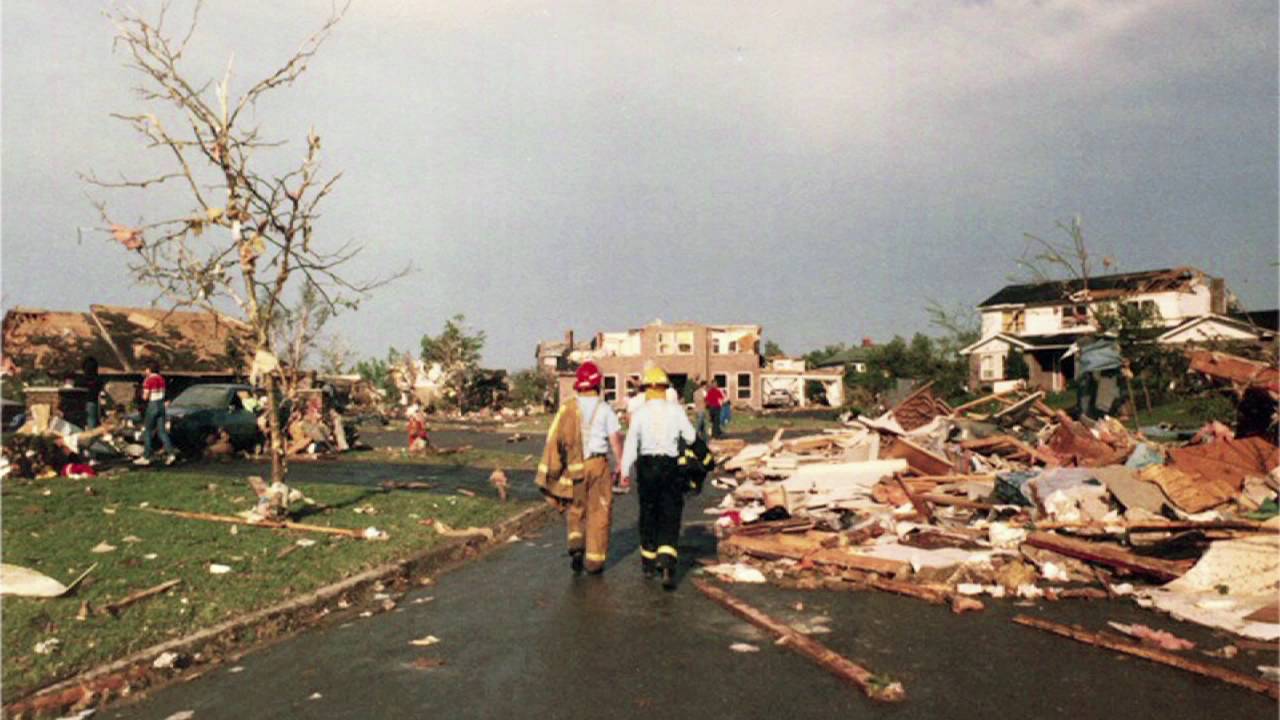 It was 33 years ago today, in the late afternoon of May 31st, 1985, the City of Barrie would be forever changed as an EF3 tornado ripped through the southwest part of the City demolishing large sections of the south end from the Patterson Road area, through Essa and Highway 400 and then up into the Allendale area devastating homes and businesses in its path.   Barrie Raceway was close to completely destroyed and horses were later found strewn about the debris that was left behind.

On what had been a particularly nice spring day in the earlier part of the morning hours, a super storm cell would develop later in the afternoon and the Barrie tornado was part of a series of tornados that began around the Grand Valley area that afternoon around 4:30 and would go on to cut various swaths in rural areas on its way north and east brushing the edge of Orangeville,  collapsing part of a shopping Centre there, then destroying about 20 buildings south of Tottenham.

The city was in shock for hours after the tornado ripped through south Barrie.  Telephone service was out, areas hit 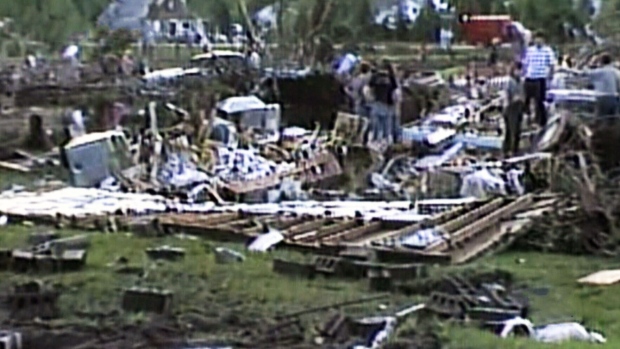 were without power in the City, but once it became clear what had happened, the people of the City came together in a big way and pitched in for days to help with rescue efforts, clean-up and restoring order to the devastated areas.  Soldiers from Base Borden came to assist in the worst effected parts of the city.  In the end, it was learned that 12 people had been killed, 155 were injured, hundreds more were left homeless and out of work as close to a thousand businesses and homes were wiped out.

The final price tag on the devastation came in over $110 million, which in today’s money would be equivalent to nearly $250 million.

May 31st will forever be a day remembered as a day of devastation in Barrie, but also as a time of complete strangers coming together to help one another out and to help rebuild the community after what was a massive disaster for the City.