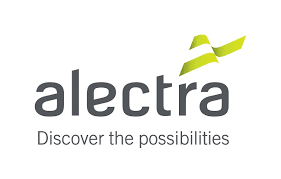 Like a white knight on a steed, Alectra power crews are en route to the U.S. to assist in power restoration efforts. It’s the third time in less than a year Alectra – which serves several communities in Simcoe County –  has sent crews to the United States to assist in power restoration efforts following an extreme weather event. A contingent of 35 powerline staff and supervisors left Alectra’s St. Catharines’ operation centre early Sunday morning in a convoy of service vehicles heading towards the Philadelphia and eastern Pennsylvania area. They will be assisting the local utility, PECO, in restoring power to customers following a severe nor’easter that swept across the U.S. northeast, knocking out power to over two million homes and businesses. Last March, following a windstorm in the Rochester, New York area, Alectra crews assisted the local utility in restoring power to their customers and then later in September, Alectra powerline technicians travelled to Georgia to lend a helping hand following the devastation left by Hurricane Irma. The costs incurred by Alectra Utilities for crews and service trucks to travel and work while in the eastern Pennsylvania area will be borne by PECO.