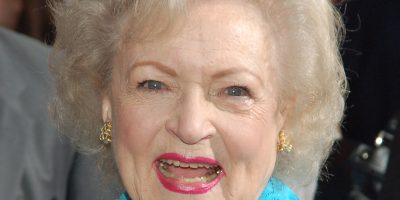 Our golden girl, Betty White has a birthday today!

“Since I am turning 99, I can stay up as late as I want without asking permission,” the award-winning actress and comedian, who turns 99 on Sunday, told The Associated Press.

Betty White first dreamed of becoming a forest ranger but women didn’t do that back in the 1930s, so radio and TV was her fallback career. And it seems to have worked out for her. Her career has spanned over eight decades and counting. She has won multiple Emmys and starred in some of television’s most memorable roles such as the Happy Homemaker Sue Ann Nivens on The Mary Tyler Moore Show and the sweet Rose Nylund on The Golden Girls.

So what are her plans other than staying up late? Well she wants to feed a pair of ducks who visit her home in Los Angeles regularly. And later, she’ll have a special dinner of a hot dog and fries with her friend and agent Jeff Witjas.

When asked what her secret is to stay forever young is to look on the bright side of things: “I don’t like the other side,” said White. “The positive side is a lot more fun.”

What keeps her going? Her sense of humour: “Don’t take yourself too seriously,” she said. “You can lie to others — not that I would — but you cannot lie to yourself.”

About turning 99, She says ‘I am blessed with good health, so turning 99 is no different than turning 98.”

I’ll be celebrating by watching Golden Girls episodes on Netflix! 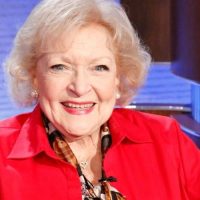