In 2014, a small idea turned into a reality and Mark’s Game was created.

Someone like Mark you can truly never forget. You wouldn’t find a happier, more goofy person than him. Everyone was shocked at the news that Mark was gone and were having trouble coping. It was extremely hard to understand and try to make sense of. We wanted to honour Mark somehow and raise awareness for mental illnesses for youth. We thought of the idea of a charity 3-on-3 hockey tournament called “Mark’s Game”. Since Mark played hockey his entire life, it was only fitting that this is how we would honour him. We figured we would receive, at most, 40 players to run a tournament and raise some money, and even more importantly, awareness regarding mental illness. We have successfully ran 2 years of the tournament raising $11,000.00 for mental health initiatives like Jack.org and the Royal Victoria Hospital in Barrie. We have hosted over 200 players and were fortunate to have over 50 volunteers active during the events. The overwhelming support we received from the local community allowed for such an event to happen. We also encountered many people discussed their own struggles with mental illnesses. The tournament reunited old friends and brought new friends together. We couldn’t have asked for a better turnout and are looking forward to hosting the 3rd Annual Tournament in May 2017!

Sure, everyone has played many hockey games before, but this one was different. This wasn’t just another game, this was Mark’s Game.

At “Mark’s Game”, we want to honour the life of Mark Laing by reducing the stigma surrounding mental health. We plan to continue working with the local community to build better support systems for those who are in need. No one should feel ashamed of a mental illness and no one should suffer in silence. Mark always put other people first and now it’s our turn!

For our 3rd Annual “Mark’s Game” Charity Tournament, we will be hosting a golf tournament at Innisbrook Golf Course in Barrie, Ontario! Tee off will be on Saturday May 6th, 2017, at 2pm, followed by a steak dinner!

For any questions or inquiries, please contact Ryan Stapleton by phone (705)795-4286 or by email at marksgame.org@gmail.com 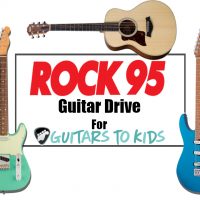