We’re just 16 days into the New Year, but already the 2018 concert line-up is starting to fill in with more announcements coming daily and weekly. Shows like the Foo Fighters, Jethro Tull’s 50th Anniversary, The Eagles, E.L.O., Alice Cooper, Pat Benetar, Theory of a Deadman and many others have already been announced, and now this week rumour has it that Def Leppard and Journey could be added to the 2018 concert lineup teaming up for a co-headlining tour that could start as early as May. 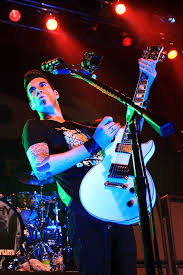 2018 is already shaping up to be a stellar year featuring of the best concert lineups we’ve had in some time and there are still lots more to be announced.

Keep listening with ROCK 95 for details of all the show that will be lined up in the coming weeks and months, and as always, we’ll try to get you a chance to Beat the Box Office and win tickets before they even go on sale for all of the biggest shows of the year.