Jimmy Page and Robert Plant are in a Los Angeles court this week defending their iconic rock Anthem Stairway to Heaven against a copywrite infringement suit brought about by the Executor of the estate of the now deceased “Taurus” songwriter and Spirit band member Randy Wolfe.  There is a lot of money to be made if the suit is successful.

To many people, the Taurus song “intro” sounds very similar to the Led Zeppelin opening of Led Zeppelin’s iconic song.  The argument being presented is that Led Zeppelin stole the riff from the band Spirit who had created and performed Tauru some three years earlier than Led Zeppelin’s Stairway to Heaven release.

Led Zeppelin wants to fight the allegations and so are putting themselves through the judicial process rather than just coming up with some type of out of court settlement to make the whole thing go away.

Music experts will tell you there’s really no case here as this particular style of riff has been used in lots of different songs over the years.  Even going back into the early part of the century you can find examples of the same style of riff.  Then, there is also the distinct changes on that particular riff that are exclusive to the Led Zeppelin song making it very different from the Spirit song.  So, while the riff may sound somewhat the same, when you really break it down they are in fact actually quite different.

When a particular song is worth close to $600 million though, it’s worth fighting for and that’s exactly what Page and Plant will be doing until this case draws to a conclusion. 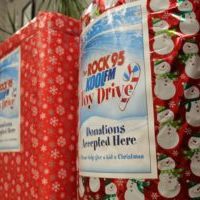